The difference between augmented reality (AR) and virtual reality (VR) 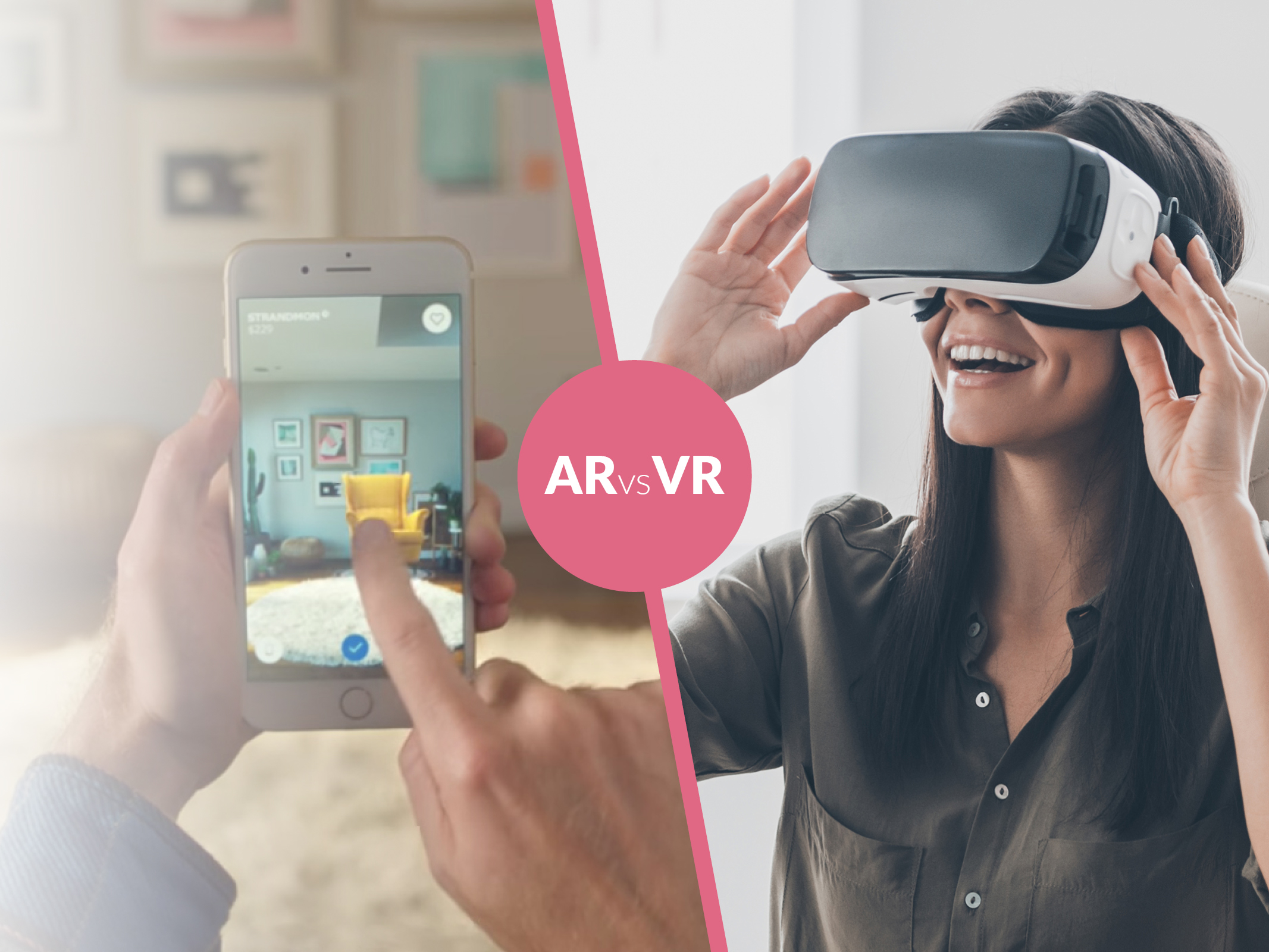 Anyone in the world has just hear about augmented reality (AR) and virtual reality (VR).
These are some of the most developed technologies in recent years. Despite this, few people know
the difference. In this article we will try to do some clarity.

Augmented reality:
It amplifies the real world with the overlap of digital contents.

When we talk about augmented reality (AR) we refer to an “augmented” version of reality, created
thanks to the use of technology, which adds digital information superimposing them on the real
environment. In order to do this, augmented reality makes use of a smartphone (or a tablet), on which
you can download an AR application (many of them are available on iOS and Android stores, such as
the Ikea app ), or more sophisticated systems, like Google Glasses.

But how does it work in practice?
Augmented reality apps use the phone’s camera to show a real-world view in front of you. That is the starting image, on which levels of information are added, such as texts and / or other images. One of the most famous examples is Pokemon Go, an app that lets you put computer-made digital images on top of reality.

To sum up, augmented reality starts from our reality and adds something to it. It does not move us
elsewhere, simply “amplify” our current state of presence.

When we talk about Virtual Reality (VR) we are speaking about a technology capable of
transporting us in a different reality from the one we are experiencing. It does so by using visors, which if worn are able to isolate you from the world and take you elsewhere. Maybe to live an experience, like a walk in the mountains or a visit to the company, together with those who live it every day … The possibilities are endless. With virtual reality, you can in fact move and look in every direction – up, down, sideways and behind you, as if you were physically there. This technology can teleport into real environments, shot through 360 cameras, or in completely reconstructed environments, thanks to the use of 3D graphics.

As we were saying, this technology makes use of viewers to do so, among the most famous we find Oculus Rift or Oculus Go, Samsung Gear VR and Google Cardboard. These last enable you to use Virtual Reality, thanks to your smartphone.
How? The only thing to do is to place it inside the viewer, to start living the selected
experience. Talking more specifically, you just have to choose a VR/360 content (the ones available on Youtube are so many), select the small viewer ’ s icon, which is placed bottom-right, and insert the phone inside the visor once the image splits in two sides.

Another way could be that of download one of the many virtual reality apps available on the stores, and directly watch the VR contents, following the same process. An example is the one of Trentino VR o Italia VR.